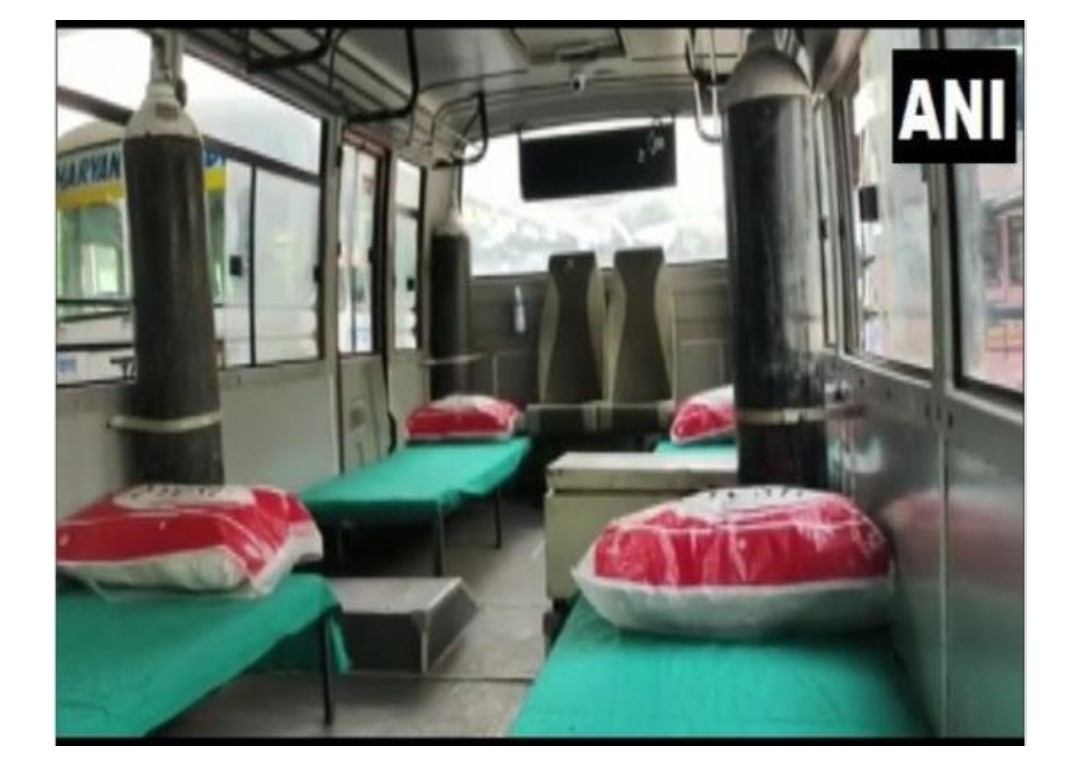 Panchkula , May 13, 2021 : As many as five Haryana roadways mini-buses at Karnal depot have been converted into Covid-19 ambulances on Wednesday and other districts are following the same with an aim to covert a total of 110 minibusses in the state.
According to the General Manager of Karnal roadways, Kuldeep Singh, with four oxygen beds capacity, besides other important medical equipment, the buses will be stationed in rural areas. “There were five mini buses in Karnal which have been converted into ambulances as per the orders of the government. Our staff has prepared two buses till now and rest three will also get ready by evening today,” said Kuldeep Singh.
“We have put every essential which ambulances need to have. There are beds, PPE kits Oxygen Cylinders, Sanitizers and to prevent the driver from any sort of injection we have prepared a separate cabin for him,” he added.

In a statement, Haryana Chief Minister Manohar Lal Khattar has informed that 110 minibusses of Haryana Roadways are being converted into ambulances. Five ambulance buses each will be made available in every district, apart from this, one big AC bus will also be available in every district, which can be used as an isolation centre.
Speaking to ANI, Yogesh Sharma, Civil Surgeon, Karnal said, “Five mini-buses of Haryana Roadways have been converted into ambulances. Each ambulance has four oxygen bed capacities with other medical equipment. We will station these in rural areas.”