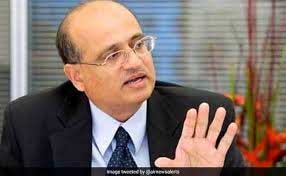 While the Pakistani military claimed the area hit by India was close to the Line of Control (LoC), Reuters described Balakot as a town in a remote valley in Pakistan’s Khyber Pakhtunkhwa province. There is also Balakote — as different from Balakot — in the Pakistani-administered Kashmir.

As celebrations erupted across India, Foreign Secretary Vijay K. Gokhale told the media that “in an intelligence-led operation in the early hours of today, India struck the biggest training camp of JeM in Balakot. In this operation, a very large number of JeM terrorists, trainers, senior commanders and groups of jehadis who were being trained for fidayeen action were eliminated.

“This facility at Balakot was headed by Maulana Yusuf Azhar (alias Ustad Ghouri), the brother-in-law of (JeM leader) Masood Azhar.”

Pakistan admitted that the IAF planes struck Balakot but claimed that they returned when it scrambled its war planes and that there were no losses on the ground.

Foreign Minister Shah Mehmood Qureshi said the Indian jets were forced to return “owing to the timely response of the Pakistan Air Force” and warned that Islamabad has “the right to self-defence and (give) a befitting response”.

“Under forced hasty withdrawal the aircraft released payload which had free fall in an open area. No infrastructure got hit, no casualties,” he said following an uproar in Pakistan about Indian jets flying deep into its territory.

Gokhale said the Indian government was “firmly and resolutely committed to taking all necessary measures to fight the menace of terrorism. Hence, this non-military pre-emptive action was specifically targeted at the JeM camp.

“The selection of the target was also conditioned by our desire to avoid civilian casualties.”

He said India had been providing to Islamabad the “location of terrorist training camps in Pakistan and Pakistan-occupied Jammu and Kashmir” from time to time. But Pakistan keeps denying their existence.

But Pakistan has taken no concrete action to dismantle the infrastructure of terrorism on its soil, he added.

“Credible intelligence was received that the JeM was attempting another suicide terror attack in various parts of the country (India), and the fidayeen jehadis were being trained for this purpose.

“In the face of this imminent danger, a pre-emptive strike became absolutely necessary.”

The JeM, which is based in Pakistan, claimed responsibility for the February 14 suicide bombing at Pulwama in Jammu and Kashmir which killed 40 CRPF troopers. It was the worst attack