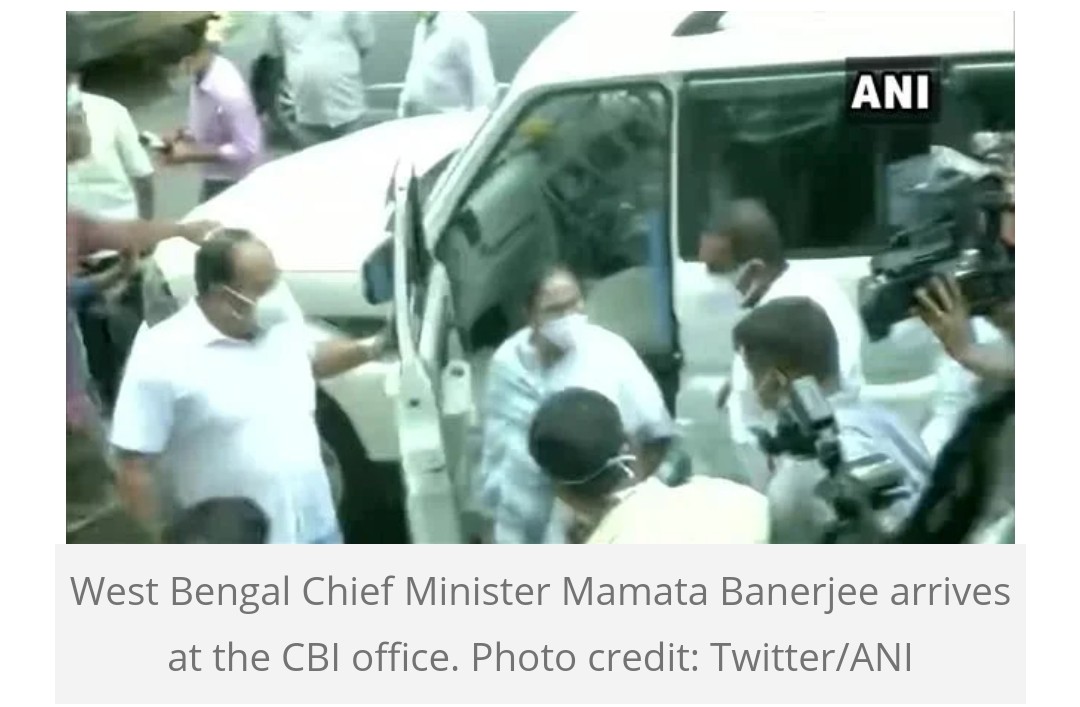 West Bengal Chief Minister Mamata Banerjee on Monday arrived at the CBI office here, after two of her ministers and a TMC MLA were arrested in the Narada sting operation case.

Banerjee reached the Nizam Palace at 10.50 am.

The chief minister had reportedly gone to Hakim’s residence in Chetla before making her way to the CBI office.