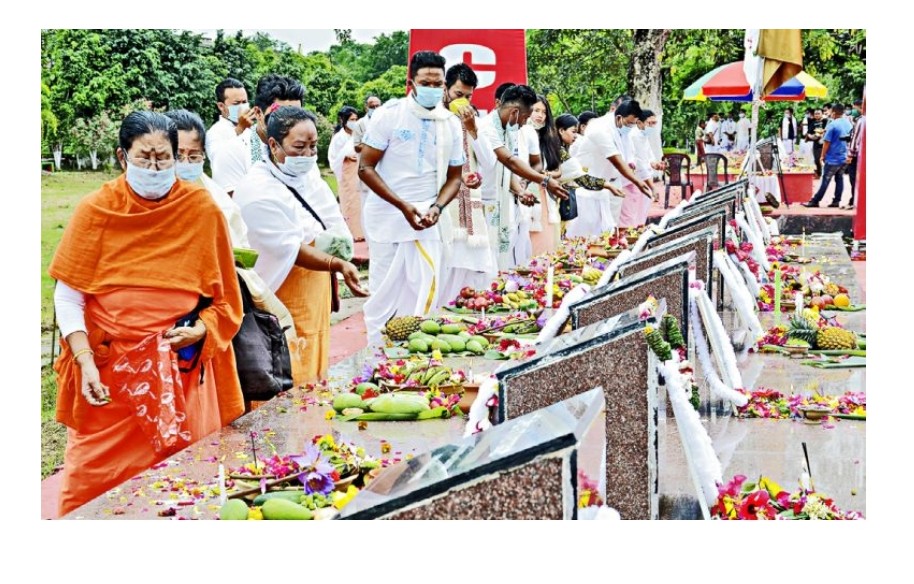 The 19th Great June Uprising Day was observed on 18th June at Kekrupat, Manipur.The day is being observed every year on 18 June to pay tribute and respect to 18 persons who lost their lives in June, 2001 to protect the territorial integrity of Manipur. On the occasion, family members of the 18 martyrs and leaders of some organisations paid floral tribute & respect to 18 persons at Kekrupat, Manipur.

In June 2001, the Union government signed the amended ceasefire agreement with the NSCN(IM) and inserted the words “without territorial limits”, following which people came out in streets to protest and there was arson at many places.To control the uprising, security personnels resorted to firing leading to death of 18 persons.