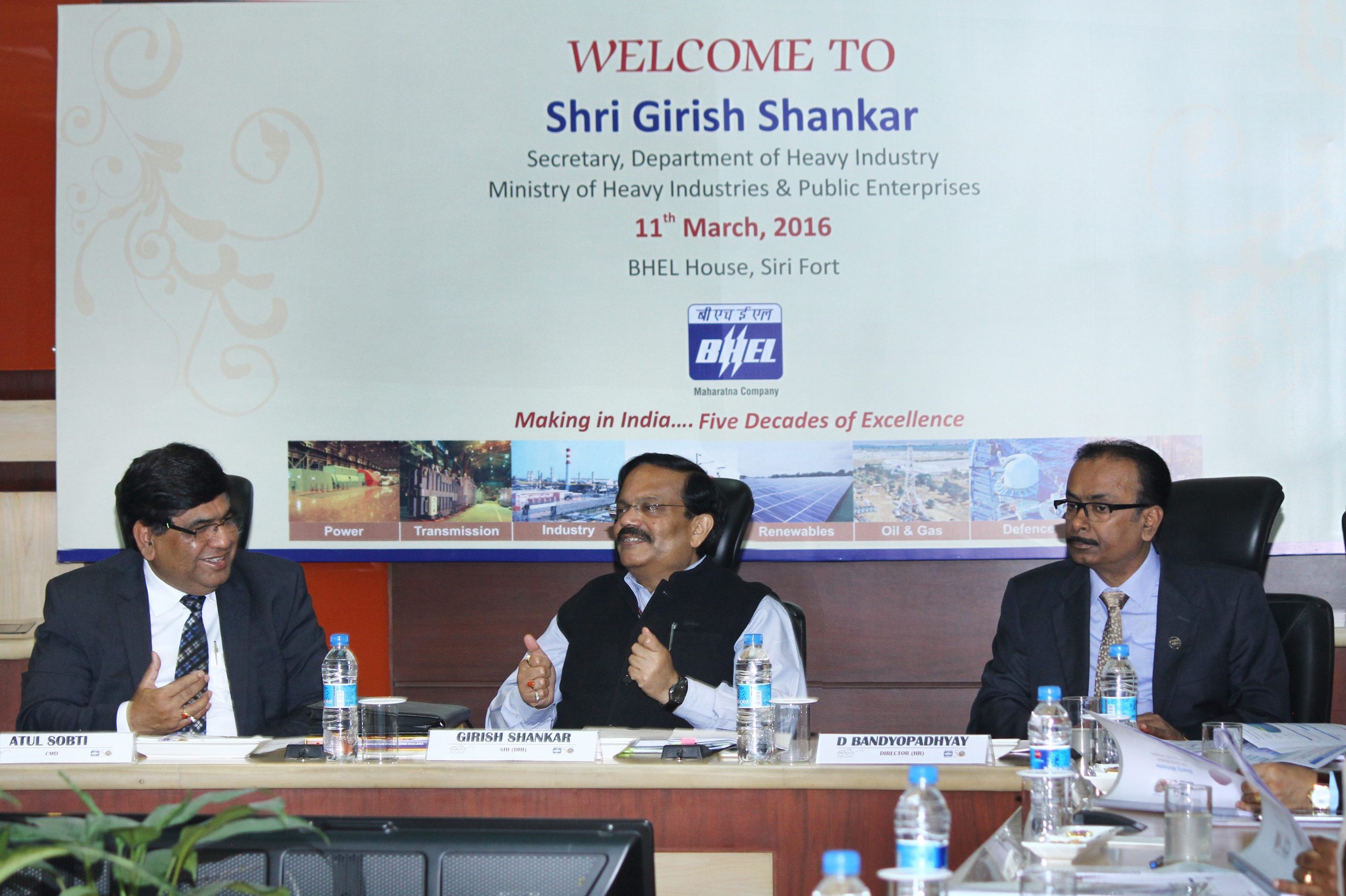 Shri Girish Shankar was briefed about the performance of the company, manufacturing prowess, project execution strengths, technology development & diversification plans among others. The challenges being faced by the company amidst the uncertain business environment were also discussed.

The Secretary appreciated BHEL for being the bedrock of India’s Heavy Electrical Equipment industry since its inception and its leadership role in the development of technology intensive & high efficiency Supercritical technology in the country. He lauded BHEL’s efforts in the field of Solar, especially its ongoing expansion of PV manufacturing capacity.

Considering BHEL’s over fifty years of experience of Making In India and focus on business from Defence, Railways and Transmission areas, Secretary (DHI) encouraged BHEL to leverage on the opportunities arising from the ‘Make in India’ programme. He also commended BHEL for its sustainability initiatives and its endeavors towards skill development.

Secretary (DHI) suggested that flexibility has to be in-built into the organization in order to adapt to the changing market scenario. He also desired that the strategic business plan may be recalibrated to create a vision of the organization for the future in the present business environment.

Lauding the inherent strength and resilience shown by BHEL in the subdued business environment, Secretary (DHI) assured BHEL of complete support from the Ministry of Heavy Industries & Public Enterprises.