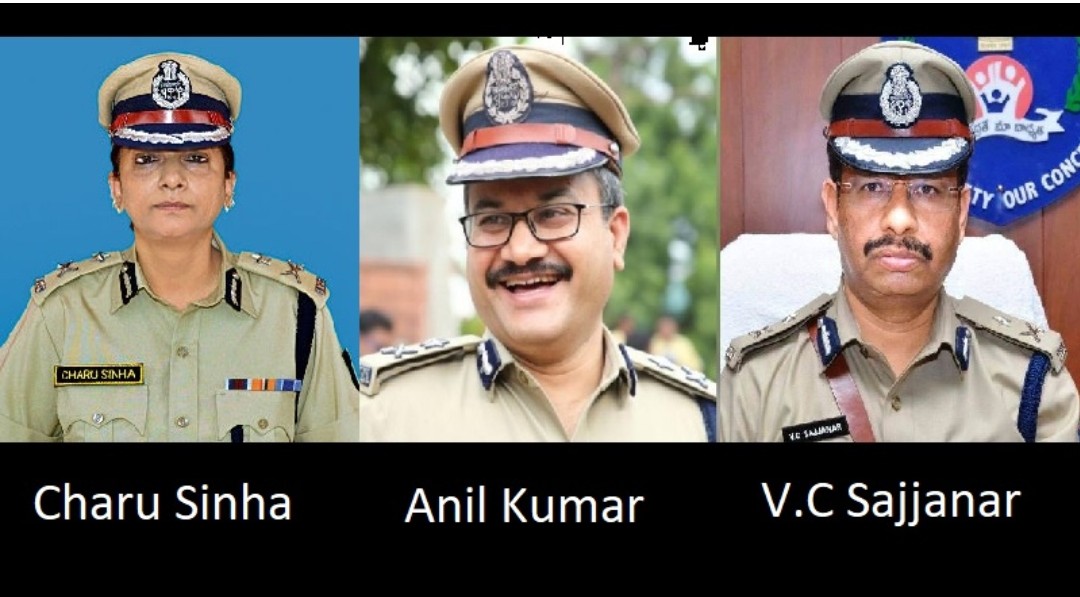 The names of the officers are :

Ms. Charu Sinha, who is presently on central deputation with CRPF as Inspector General, would be entitled only to the notional benefits and the actual benefits would be admissible as and when she would join his duty in the state government.

Anil Kumar is posted as Additional CP, Traffic at Hyderabad City and V C Sajjanar is Commissioner of Police of Cyberabad.