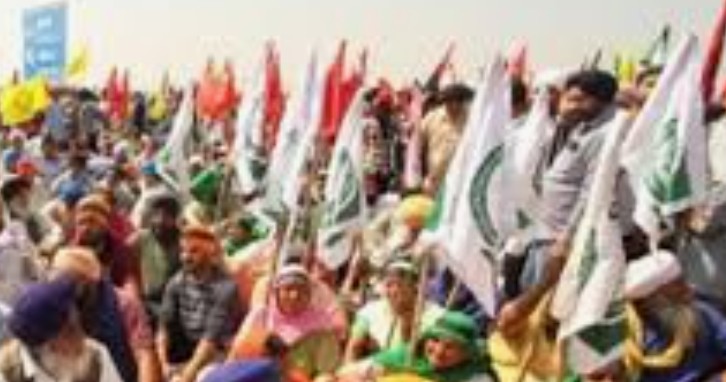 The Samyukt Kisan Morcha (SKM) is going to organize a ‘Mitti Satyagraha Yatra’ from March 30 to April 6 in several states to spread awareness about the farm bills.

The SKM also demanded that the victims of the recent accident at Thapar University Chowk in Patiala should be given compensation by the governments. The SKM mentioned that Inderjit Singh died and many others were seriously injured when they were protesting and spreading awareness about the farmers’ movement on the roadside. Farmer leaders and people of various organizations demanded that Pritpal Singh, the driver responsible for the accident, should be arrested immediately and a case should be registered against him. Various leaders/spokespersons of the farmers’ organizations demanded that the deceased, Inderjit Singh should be considered as a martyr of this movement and his family should be given compensation as decided by the Punjab Government and the Central Government. The administration should provide full treatment to the injured persons. All the injured persons should be identified and all families should be assisted.
The Mitti Satyagraha Yatra will begin from Dandi on March 30 and reach the Shahjahanpur border at 9 am on April 5 through districts of Gujarat, Rajasthan, Haryana, and Punjab. From the Shahjahanpur border, this Yatra will go to the Tikri border. On April 6, at 9 am farmers will reach the Singhu border, and at 4 pm Yatra will reach the Ghazipur border. All senior farmer leaders of SKM at the border will be a part of this Satyagraha Yatra. Soil from all over the country will be dedicated to the martyrs of the farmers’ movement. Martyr memorials will be built on the border. We are determined to carry forward the idea of restoring the values of the freedom struggle.