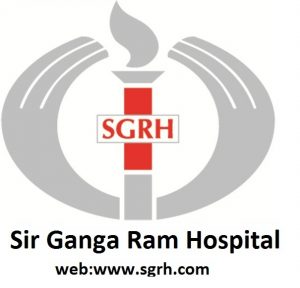 According to Dr. Bheem Singh Nanda, Senior Consultant, Department of Plastic & Cosmetic Surgery, Sir Ganga Ram Hospital, “When we received the patient, he was in bad shape. He had suffered severe head and maxio-facial injury. There were around 16 major facial bones and skull fractures with dislocation of Temporo-Mandibular Joint of the jaw.”

Seeing the complexity of the case a joint team of 10 doctors consisting of Plastic & Cosmetic Surgery and Neuro Surgeons was formed. The patient was immediately resuscitated and air way was rescued as a life saving measure.

According to Dr. Shrey Jain, Consultant, Department of Neurosurgery, Sir Ganga Ram Hospital, “After stabilization of the patient, urgent multiple scans were done to diagnose the extent of injuries. Our team accessed the head and skull injuries and medicines were started accordingly.”

The patient had severe soft tissue injuries on face and multiple fractures to the extent that the facial bones were crushed and converted to small pieces.

Dr. Nanda further added, “It was a very challenging and complicated case. It required a lot of pre-operative planning to give good functional and aesthetic results.”

The patient was taken up for the surgery and most of the fractures were exposed through internal approach without giving any extra cut on the facial skin (to decrease scarring). Then all the fractures and joints were reduced to the anatomical positions. After this systematically one by one all fractures were fixed using pure titanium mini plates & screws. Almost six plates and two dozen screws were used in the process. Then his tongue and all the other soft tissue injuries including lower and upper lip, nose and eyelids were repaired.

The whole surgery took 8 hours and involved a team of 12 doctors and paramedical staff. After the surgery the patient is stable now with a good functional and aesthetic outcome. The patient smiled and talked for the first time after the surgery and is able to take liquid diet orally. He will be discharged soon.