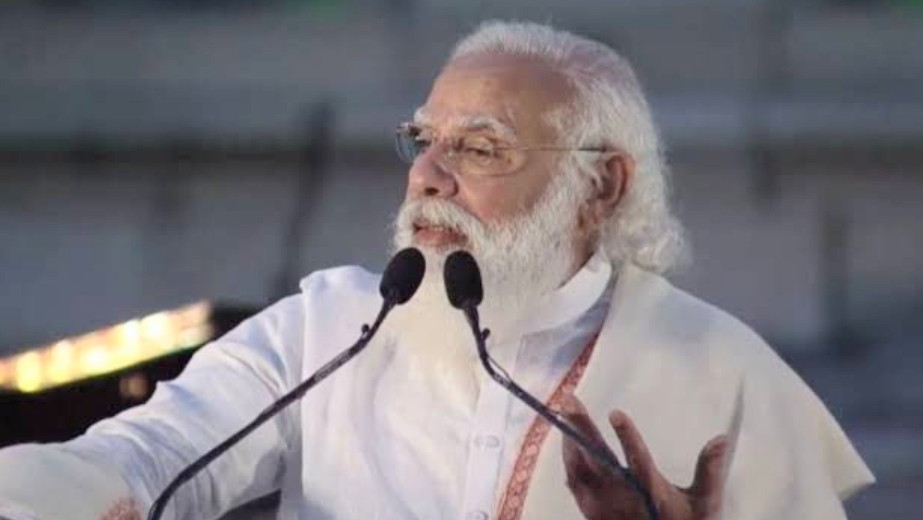 The Prime Minister, Shri Narendra Modi attended the celebration of 125th Birth Anniversary year of Netaji Subhas Chandra Bose in Kolkata. He presided over the inaugural function of the ‘Parakram Diwas’ celebrations at Victoria Memorial in Kolkata. A permanent exhibition and a Projection Mapping Show on Netaji was inaugurated on the occasion. A commemorative coin and postage stamp was also released by the Prime Minister. A cultural programme “AmraNutonJouboneriDoot”, based on the theme of Netaji, was also held.

Before this event, the Prime Minister visited Netaji Bhawan, Netaji Subhas Bose’s home at Elgin Road, to pay his respect to Netaji. Later he proceeded to the National Library, Kolkata, where an International Conference “Re-visiting the legacy of Netaji Subhas in the 21st century” and an Artists’ Camp were organized. The Prime Minister also interacted with the artists and conference participants, before attending the celebration of Parakram Divas at Victoria Memorial.

Speaking on occasion, the Prime Minister said that today is the birthday of that brave son of Maa Bharti who gave new direction to the dream of independent India. Today is the day we celebrate the consciousness that tore through the darkness of slavery and challenged the mightiest power of the world with the words that I will not beg for freedom, I will take it.

The Prime Minister conveyed that the country has decided to celebrate Netaji’s birth anniversary, i.e. 23 January every year as ‘Parakram Divas’ in order to honour and remember Netaji’s indomitable spirit and selfless service to the nation. Shri Modi asserted that Netaji is embodiment of India’s might and inspiration.

On this occasion the Minister of State (IC) for Culture and Tourism Shri Prahlad Singh Patel remembered Netaji Subhas Chandra Bose and saluted his devotion to the motherland, leadership and sacrifices for liberating India.  Addressing the audience, the Minister said that Netaji was not given his due place in the history of Indian freedom struggle. However, under the leadership of Prime Minister Shri Narendra Modi we have given him the respect he deserves. Shri Patel said that the soldiers of Azad Hind Fauz who are still alive are living legends of our nation. He further said that Netaji had given the slogan “DilliChalo” from Kolkata but today we have come all the way from Delhi to Kolkata to pay befitting tribute to the great leader.

Shri Patel further informed that the Union Minister for Petroleum and Natural Gas Shri Dharmendra Pradhan has paid floral tributes to Netaji at his birthplace in Cuttack, Odisha. The Chief Minister of Gujarat Shri Vijay Rupani paid homage to Netaji at Haripura in Surat district where Netaji was elected the President of Indian National Congress.